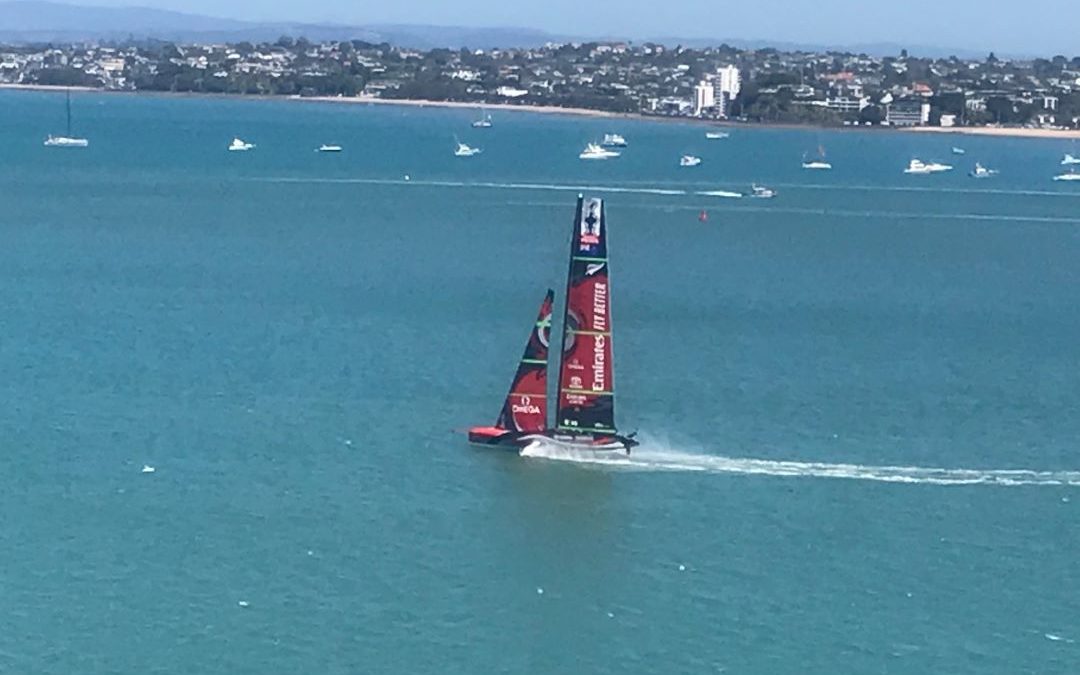 As we marvel at the speed and agility of the four America’s Cup teams on Auckland’s harbour this weekend, it is interesting to reflect on how they got there and how they continuously innovate and improve.

To innovate you need an open and collaborative process and sometimes, businesses of all types rest on their laurels and forget the creativity and passion that got them started. Many years ago, Edward De Bono developed the Six Hats thinking process to encourage productive discussion and innovation in organisations, rather than blame or arguments. The Thinking Hats take away ‘right and wrong’ and encourage people working in a team to take different views.

First is the ‘Blue Hat’ that facilitates or conducts the process and keeps the team on track.

The ‘White Hat’ analyses – for example, it produces the engineering data which helps the high performance teams work out how to get the boats to go faster.

The ‘Green Hat’ is the creative hat full of alternative ideas – who else would have thought of leg-powered bicycle grinders on our boat in Bermuda?

The ‘Yellow Hat’ is the sunshine – full of optimism, it looks for benefits. In our Bermuda bicycle example leg muscles are larger than arms. This gave the AC50 grinders more power to supply the hydraulic systems which raise and lower the foils and pull in the huge wingsail.

The ‘Red Hat’ is the intuition hat, driven by emotion. “My gut feeling is this will or will not work.” Intuition is often built on complex judgement based on years of experience and may be an art rather than a science.  Boatbuilding is an art and it is worth reflecting that, in business, restructuring often fails because the human element, the emotion, is not properly taken into account.

The ‘Black Hat’ is the caution or critical judgement hat. Engineers try to make sure the loads on these boats are safe. Get it wrong and death is a real possibility. However, imposing too much health and safety too early can kill creativity.

The boats we see in January and February will be very different to those we see this weekend. The ‘Blue Hat’ will oversee continuously trialing and optimisation on the water – proof that innovation is a continuous process.

As a small business owner, you’ll be wearing many hats – De Bono’s colourful collection and the Captain’s Hat too, as you steer your enterprise through the choppy waters of 2020 and beyond. A start up business is often born from a Green Hat creative idea, or from an optimistic Yellow Hat applying someone else’s crazy thinking. Bridging the ‘valley of death’ and not running out of cash in a start-up requires a big Blue Hat to navigate uncharted territory. Often it takes many years – and continuous innovation – to get your business model right.

I am currently working with a customer whose Black Hat thinking began an innovation process, building an automated system that manages lead generation and marketing through to sales, operations, accounting and pricing. Any information technology system implementation requires all the hats to get it to work, and because of the new automation his net profit margins are now much higher than his competitors.

As your business matures, it is easy to become stale – competitors whittle away your super profits and you continue to cut overheads. If you look at breweries, beer is in decline, and they have had to develop or acquire new categories to achieve growth or sustain profits. Innovation and creativity is the lifeblood of your business and is underpinned by your passion for what you do. Keeping your creativity alive is essential, as is innovation because, if you stop innovating or let your creativity stagnate, you can end up like Kodak.

Kodak was so blinded by its success in selling film it completely overlooked the disruptive potential of the digital camera invented by Steve Sasson, one of its engineers, in 1975. However, the real disruption occurred when cameras merged with phones and people shifted from printing pictures to posting them on social media. Kodak missed the trend and had to deal with the resulting consequences.

So remember as you watch the boats fly through the harbour this weekend, every captain must innovate, be prepared to change course and adapt – or run the risk of losing the race.

Gordon Stuart is the owner of The Alternative Board Auckland Central.   You can contact Gordon on 027 262 9596, [email protected], or connect with him on LinkedIn.